Water is in a constant cycle. It evaporates from the ocean, travels through the air, rains down on the land and then flows back to the ocean. More people around the world drink safely managed water but there are still 785 million people who don’t have even a basic drinking water service. For them water is a big problem.

If the natural environment continues to be degraded and unsustainable pressures put on global water resources, over half of the world’s population and almost half per of global grain production will be at risk by 2050. Poor and marginalized populations will be disproportionately affected, creating more inequality.

More people in the world are using safely managed sanitation services, especially in Latin America and the Caribbean, sub-Saharan Africa and East and South-East Asia. But there are still millions who still don’t have a basic toilet.

In 2017, more than half of people worldwide could wash their hands at home with soap and water. That left around three billion people who didn’t have basic hand-washing facilities at home.

As recent as 2016, one out of every three primary schools in the world didn’t have drinking water, sanitation and hygiene services. This affected the education of millions of schoolchildren, especially girls who had started having their periods.

Even though things have improved, there are still billions of people who don’t know what safe water, or sanitation look like because they have never had them.

If the world wants to make universal access to even basic sanitation services possible by 2030 it will have to work double hard. Most countries are unlikely to reach the goal by then.

Around the world, women and girls are the primary water collectors for their families.

They carry enough water for drinking, cooking and cleaning, which takes about three hours each day. What would you do to get a glass of water?

A report by the United Nations children’s agency, (UNICEF) says that many children live without water because of the changing climate and the many conflicts around the world.

By the year 2040 one out of every four children (one quarter) will live in places that have little water because of climate change, it seems.

India, with almost a fifth of the world’s population, has 63 million people living without access to clean water.

But, there is some good news. Paraguay, in South America made safe, fresh water available to almost all of its rural population in 2016. It took six years double the number from the last measurement in 2000. 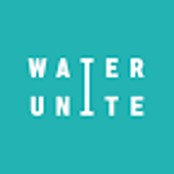